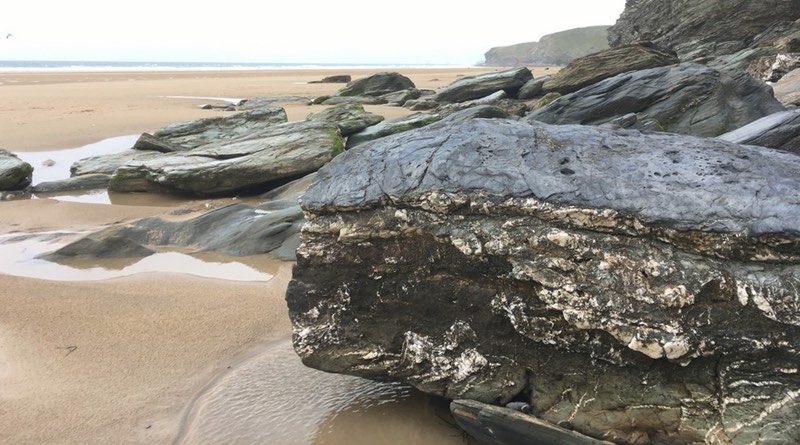 Watergate bay beach was the next stop on our motorhome holiday road trip of Cornwall. Watergate Bay beach, about 3 miles from Newquay on the North Cornwall coast.

There is plenty of parking available, the first is at the top of the cliffs / hill over looking the bay. We pulled in here first but it appeared steep and was a little bit of a walk down. We moved on a little further down the road and there is parking in a lay-by on the way down to the bay. This was free, and provided a really good view over the beach and to the sea. We stopped here for about 5 minutes before deciding to carry on to the bay itself where once again there was more parking. We paid for parking at the meter and set off towards the beach

Watergate Bay is a beach with two miles of golden sand at low tide stretching towards Newquay. The Atlantic swells create enormous waves  providing a spectacular sight. It also means this beach is a popular surfing and kitesurfing spot.

There appeared to be plenty of lifeguard cover whilst we there providing reassurance for those brave enough to venture into the sea during the early part of May.

Lunch at the bay

Having arrived around noon we thought a coffee and lunch should be the first order of the day.

I chose the salmon and potato salad with a cup of cappuccino and felt content chatting and sipping my coffee while watching the waves roll in.

Whilst the others had a look around I took a stroll along the beach. Occasionally dog walkers passed and as this beach allows dogs all year round this is a good beach choice if you choose to bring your furry companion away with you. There are rocks with little pools scattered along the beach and as I looked at the looming cliffs I glanced down and noticed a cave.

Now I am a fully grown man but the child in me decided to go in and explore the cave. I peered into the entrance and it was larger than I thought and darker! Now being from the city my mind began to wander as to what might be inside, so I decide to venture in and take a look.

Alas the other footprints in the sand led me to quickly conclude that I wasn’t breaking any boundaries when it came to cave exploration. There was to be none of this “one small step for man…” malarkey here. Regardless it was an intriguing visit.

The expanse of sand, the crashing waves and a beach with a curtain of cliffs as a backdrop.

Check out the places we stayed whilst visiting Watergate Bay; Gunvenna Holiday park   ; The Engine Inn 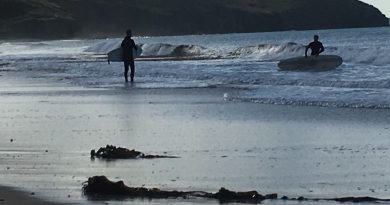 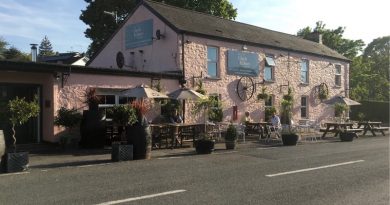 The Coach and Horses, Llangynidr motorhome stop over 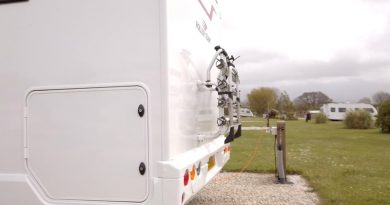 An overnight stay at the pleasant Gunvenna Holiday Park