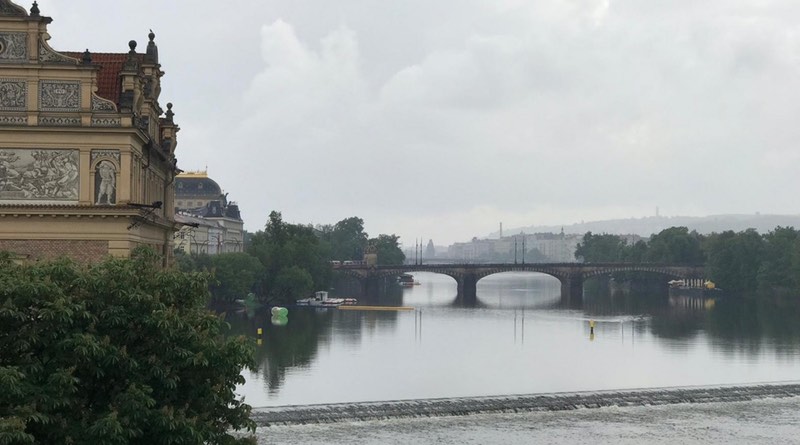 We said goodbye to Dresden and began stage 5 on our motorhome road trip and headed to Prague, the next city on our route.

The drive from Stellplatz Wiesentorstraße Dresden to Prague was once again a relatively short 1 hour 53 minutes. As we reached the border to the Czech republic we guessed from the signage that we had to buy a toll sticker. The signs indicated to us that tolls were applicable so at the first motorway rest area after the border we stopped and enquired about the toll as we really didn’t have a clue. We paid our money and were issued with a sticker which we placed in our windscreen and off we went.

We arrived without any hiccups around 1:30pm at Caravan Camping Prague.

The campsite is located around 3.5km from the city centre of Prague and overlooks the river Vltava. The campsite is a long narrow strip with pitches positioned either side. The facilities include washrooms, showers and toilets although the shower areas are communal so there wasn’t any privacy whilst showering.

The sites location though is very good meaning access to the town via tram is very quick indeed. The cost for a 24 hour tram ticket is 110 Czech Koruna. That works out around £3.70 so it really is excellent value.

Often referred to as a ‘City of a Thousand Spires’, Prague is certainly one of Europe’s jewels. Gothic, Baroque, Renaissance and Art Nouveau styles, are all in play in this UNESCO World Heritage Site.

We walked down the narrow streets and strolled across Charles Bridge that spans the River Vltava. A 14th-century bridge, it is a charming introduction to make you fall in love with the city. The bridge was commissioned in 1357 by Charles IV and completed in 1390. The bridge is built of sandstone blocks, flanked at each end by fortified towers.

Drawn without thought or hesitation to the oldest part of Prague, we walked across Charles Bridge and began our journey of unplanned wandering. It wasn’t long before we were drawn by the smells of hot cinnamon and apple strudel which were being eaten out of a cone that had the consistency of a donut and topped with cream.

The centre of the Old Town Prague is the Old Town Square, which has been the city’s main marketplace for more than a thousand years. Here you will find the sights that you may have heard of such as the Astronomical Clock which dates back to the 15th century. The clock is renowned for its procession of the Twelve Apostles every time it strikes the hour from 09:00 a.m. to 11:00 p.m.

Top tip! Eating in the main square can be expensive. Walk just a few streets away and you will get real value for money.

Apart from the clock, the square itself is a perfect place to admire the city’s breathtaking architecture, such as the Town Hall, the lovely Týn Cathedral and the monumental Church of St Nicholas.

At lunch we sat and dined outside, table heaters and blankets on offering for those who were feeling a chill. Unfortunately it was an overcast and drizzly day but it didn’t dampen our spirits.

The Czech Republic has the country with the highest beer consumption per capita in the world. So as the saying goes, “when in Rome do as the….”, well okay, we weren’t in Rome but Prague but the meaning still applies. The Czechs claim to having the best beer in the world had to be put to the test.  The huge choice of bars across town offers famous Czech beers such as Budvar and Staropramen, so I thought I’d sample those. For those wanting a more expansive beer testing experience, or should that be tasting? Then you could always pay a visit to the Prague Beer Museum that offers more than 30 beers on tap!

Walking the streets of Mala Strana

Across the river from the Old Town are the baroque backstreets of Mala Strana which date from the 17th and 18th century.

In the heart of Mala Strana is the baroque square which offers small shops, traditional Czech pubs and restaurants and great views of the River Vltava. There is also the statue known as the Infant Jesus of Prague (Child of Prague) dating back to the 16th century. Hundreds of people, both locals and tourists, pay a visit to this shrine every day to pray and make wishes.

Our days in Prague were interesting, informative and fun. It was a place I enjoyed and I could have stayed much longer than the three days we spent there. I’ll definitely be going back that’s for sure.

On the morning that we left, we emptied the waste water of our motorhome and replenished the fresh water. We said goodbye to Prague and began our journey to our next destination to Steinberg Bavaria, but stopping first at Dachau concentration camp.

The Coach and Horses, Llangynidr motorhome stop over 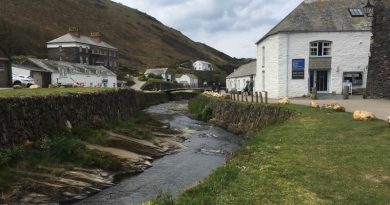 Visit to the quaint and quirky Boscastle, Cornwall 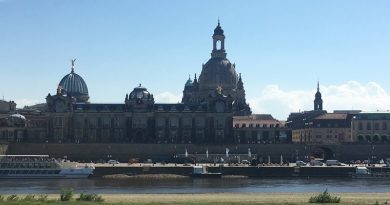